PARIS (AFP) — French President Emmanuel Macron on Friday acknowledged he had been “slowed down” by his Covid-19 infection and ongoing symptoms but insisted he was doing well and still actively involved in “priority” government business including Brexit.

Macron is working in self-isolation from an official residence outside Paris after he tested positive for Covid-19 on Thursday in a result that caused alarm across Europe.

“I am doing well. I have the same symptoms as yesterday: tiredness, headaches, dry everywhere. Like hundreds of thousands of others of you,” Macron said in a video message posted on his Twitter account that he appeared to have recorded himself with a phone.

“My activity is a little slowed down due to the virus. But I am continuing to take care of the priority issues like the epidemic or, for example, Brexit,” he said.

Macron late Thursday left the Elysee Palace in Paris for the presidential residence of La Lanterne in Versailles outside the city, a presidential official said.

His wife Brigitte, who has tested negative, will remain at the Elysee.

The president said he would “be back soon” and added there was “no reason to believe this will develop badly”, while adding he was under medical supervision.

Macron’s infection has also come at a key moment in talks between Britain and the EU to find a trade deal after Brexit with the clock ticking down to the end of the year when London will leave the single market.

The announcement on Thursday that Macron was infected with the virus upended political schedules in France and across Europe, with EU leaders and French officials he had met in the last days cancelling events and rushing into self-isolation.

It is not clear where Macron contracted the virus although presidential sources have said he may have picked it up while attending an EU summit in Brussels late last week where leaders had 20 hours of non-stop negotiation.

Adding to concern over possible infections at the summit, Slovak Prime Minister Igor Matovic said Friday he had tested positive for Covid-19 after attending the EU Council.

“Today, I am one of you,” Matovic, 47, wrote on his Facebook page, attaching a screenshot of a text message with his test results.

On Monday Macron addressed a conference in Paris organised by the Organisation for Economic Co-operation and Development (OECD) attended by European Council president Charles Michel and Spanish Prime Minister Pedro Sanchez, who are both now isolating.

And on Wednesday he attended a dinner at the Elysee — which was not in his official schedule — with a dozen political allies including Prime Minister Jean Castex, who is now also self-isolating.

There have been questions about the dinner as the numbers present exceeded the maximum of six recommended by the government to sit at one table.

Officials have insisted that those present sat at a table large enough to ensure proper social distancing.

Macron’s infection has also underlined the continued perils of Covid-19 in France as the Christmas holidays get underway, with over 18,000 new infections recorded on Thursday alone.

“I have a message for all of you. Continue to take care of yourselves. The virus can hit anyone. I was well protected and very careful,” he said in his message.

“Despite everything, I got the virus. Perhaps it was a moment of carelessness but also maybe bad luck,” he said.

Commentators and politicians have praised the Elysee for rapidly communicating Macron’s test result in a written statement on Thursday morning.

But they have urged full transparency over his condition with none of the secrecy sometimes seen when his predecessors Francois Mitterrand and Jacques Chirac had health problems in office. 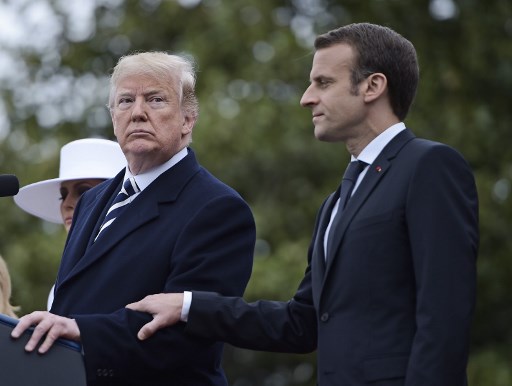 Trump and Macron planted a tree — but where did it go? 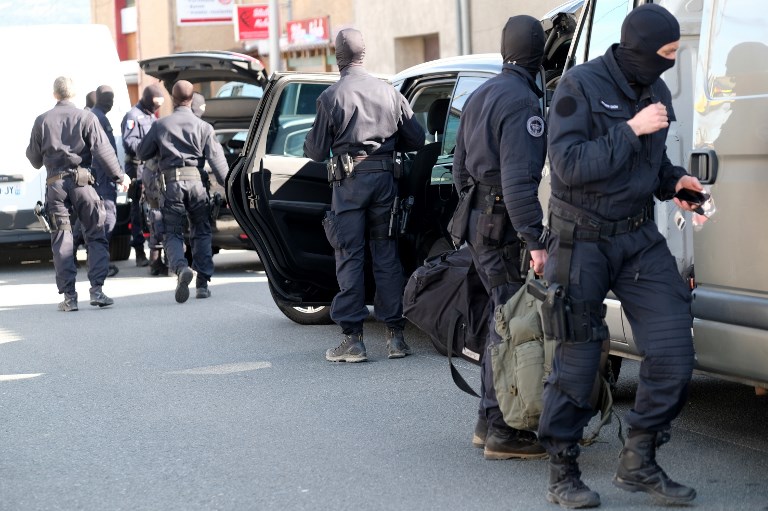