WASHINGTON (AFP) — In the decentralized American system, the COVID-19 pandemic is draining public finances in many cities and states, and without help from the federal government, experts say the consequences will be lasting and the recovery slower.

“There cannot be a national recovery if the state and local governments are not funded,” New York’s Democratic Governor Andrew Cuomo said Wednesday.

The states that have borne the brunt of the pandemic, including New York, account for a third of GDP in the world’s largest economy, Cuomo said at a press conference after he met with President Donald Trump to discuss the economic impact of the pandemic.

“How can you tell one third of the country to go to heck, and then think you’re going to see an economic rebound… There is no nation without the states,” Cuomo said.

Many cities and some states had not fully recovered from the 2009 recession, and now the widespread lockdowns to stem the spread of the coronavirus have deprived them of sales taxes from stores, hotels, bars and restaurants, which represent around 30 percent of their income.

At a time when heath spending and demand for unemployment benefits spiked with nearly 40 million workers becoming jobless since mid-March, the annual deadline for filing income taxes was pushed back to July 15, meaning states have to wait longer to collect revenues.

State and local governments, which employ teachers, police and firefighters, “are suffering from a pretty toxic combination of less revenue… and more spending,” said Robert Maxim, a researcher at the Brookings Institution, a Washington think tank.

Unlike the federal government, which can run a deficit, most states are required to have a balanced budget and generally can only borrow to finance specific projects like schools and parks, not for emergencies.

As a result “they don’t have any way to maintain their spending levels,” said Nathan Favero, an assistant professor at American University.

Without federal help, the choices states face are to raise taxes — difficult in a recession — or slash spending on teachers, police and services, as many were forced to do during the global financial crisis.

Governors like Republican Larry Hogan of Maryland told the Trump administration in April that states would be unable to absorb the shock caused by the economic shutdown once their “rainy days funds” are drained.

Cuomo warned that without federal aid, the cuts in New York could be as high as 20 percent. The state’s fiscal shortfall due to the pandemic has been estimated at some $13 billion.

California’s Democratic Governor Gavin Newsom said he will be have to drop spending on programs for the poor or immigrants, and cut subsidies to public education.

Dan White, research director at Moody’s Analytics, calculated that without federal assistance, more than three million public jobs could be lost, which would slash two percentage points off the national GDP.

“There is no plan B,” White warned in a recent analysis. “They can’t just issue a bunch of long-term debt and move on to the next year.”

Time is running out, with most state and local governments facing a June 30 deadline to adopt their budgets for the coming year.

White calculates that states could see an average of one-fifth of their budget disappear by June 2021, almost twice the shock in the 2009 recession.

The National Governors Association (NGA) is calling on Congress to approve $500 billion in aid, and the Democratic-controlled House of Representatives approved another $3 trillion aid package that includes $1 trillion for state and local governments.

But in the run-up to the presidential election in November, the request has become a political issue, with Trump tweeting last month, “Why should the American people and taxpayers bail out mismanaged states… led and run by Democrats when most other states don’t ask for help?”

Maxim warns that Trump’s attacks could “backfire horribly” in the campaign.

Michigan, Pennsylvania and Wisconsin are key battleground states that have been among the hardest hit by jobs losses during the pandemic.

And some Democrat-led states like New York pay much more to the federal state than they receive, in contrast with many Republican-led states.

“We cannot afford a partisan process that turns this urgent relief into another political football,” Hogan, the NGA’s president, and Cuomo, the association’s vice president, said in a joint statement.

“The coronavirus is apolitical. It does not attack Democrats or Republicans. It attacks Americans.” 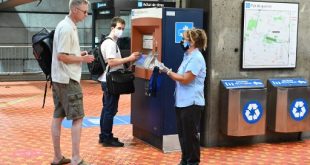 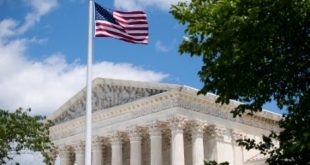