WASHINGTON, United States (AFP) — The United States said Wednesday it was encouraged by North Korea’s stated willingness to resume negotiations but criticized its latest firing of projectiles as counterproductive.

“It was an encouraging sign that they would like to return to negotiations and that’s something we welcome,” State Department spokeswoman Morgan Ortagus told reporters.

“We’re committed to talking and negotiating with the North Koreans,” she said.

North Korea earlier this week said that it was willing to sit down with the US side for “comprehensive discussions” by the end of the month.

But within hours North Korea resumed firing projectiles, including what leader Kim Jong Un called a test of a “super-large multiple rocket launcher.”

“The United States — and, I think importantly, the international community as well — we have been united in sending the message to North Korea that provocations like the missile launches are not helpful and that we want the North Koreans to return to negotiations to achieve denuclearization,” Ortagus said.

President Donald Trump has met three times with Kim and has repeatedly said that he trusts the young strongman’s promises to him, despite the repeated launches.

In February, a summit between Trump and Kim in Hanoi ended in stalemate with the United States pressing for more thorough commitments that the regime will give up its nuclear weapons.

Prospects for diplomacy also rose this week with the departure of Trump’s national security advisor, John Bolton, a longtime hawk on North Korea who encouraged the president to be cautious in Hanoi.

Ortagus said that no meetings were yet scheduled with North Korea. 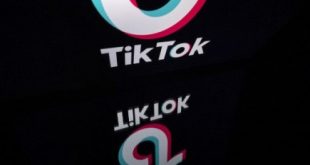 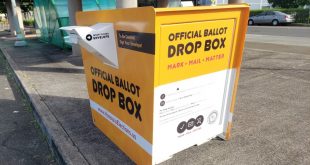 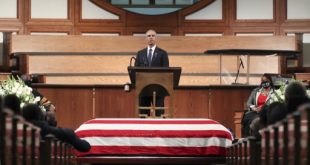