Unravelling of the Iran nuclear deal

TEHRAN, IRAN (AFP) — European signatories to the 2015 deal to limit Iran’s military nuclear development launched a dispute mechanism on Tuesday after Iran progressively rolled back its commitments after the United States quit.

Here is a timeline since Washington pulled out in May 2018:

On May 8, 2018, President Donald Trump withdraws the United States from the accord and announces the reimposition of sanctions against Iran and companies with ties to it.

“We cannot prevent an Iranian nuclear bomb under the decaying and rotten structure of the current agreement,” he says.

Iran has always denied its nuclear programme has any military dimension.

On August 7, Washington imposes sanctions targeting access to US banknotes and key industries such as cars and carpets.

Major international firms halt their activities or projects in Iran.

In May 2019 Washington ends its sanctions exemptions on eight countries buying Iranian crude.

Iran on May 8 announces its first step back from the deal, saying it will suspend commitments on limiting the amount of heavy water and enriched uranium it possesses.

Trump announces new measures against its steel and mining sectors.

On July 1, Iran says it has exceeded the limit on its enriched uranium reserves.

Tensions soar after a wave of aerial attacks on September 14 on two major Saudi oil facilities, blamed on Tehran. It denies involvement.

On November 4, Tehran says its enrichment increased more than tenfold, and announces it has developed two new advanced centrifuges.

On the 18th, it says Iranian heavy water reserves have passed the accord’s limit.

Tensions between Washington and Tehran spiral after a US drone strike on January 3, 2020 kills top Iranian military commander Qasem Soleimani in Iraq, sparking a tit-for-tat confrontation in which Iran fires missiles at two US bases in Iraq.

A Ukrainian plane is then brought down “unintentionally” by an Iranian missile on January 8, killing all 176 on board.

On January 5, Iran announced its fifth step back, saying it will forgo a “limit on the number of centrifuges”.

On January 14, the deal’s European signatories say they are launching its dispute mechanism, after accusing Iran of repeated violations. They insist they are committed to the agreement.

British Prime Minister Boris Johnson says he would be willing to work on a replacement deal forged by Trump. 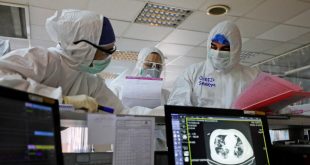 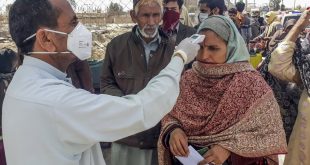 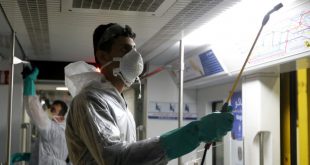