LONDON (AFP) — A British police officer was shot dead early Friday morning by a man believed to have then turned the gun on himself, Scotland Yard said, the first officer to be killed by gunfire while on duty in over eight years.

London’s Metropolitan Police Service launched a murder investigation following the shooting by a 23-year-old suspect being detained at Croydon Custody Centre in the south of the British capital at around 2:15am (0115 GMT).

Media reports suggested that the suspect may not have been fully searched prior to entering the facility.

The officer, said to be “a long-serving sergeant”, was taken by an air ambulance to a south London hospital where medical staff “did everything they could to save his life”, the force’s Commissioner Cressida Dick said in a statement.

The suspect was also taken to hospital with a gunshot wound and remains in a critical condition, she added. The Met said no police firearms were discharged during the incident.

“Early indications are that the suspect shot himself,” Dick said, but noted “this has not yet been established as fact.”

British police are not routinely armed, although forces have tactical firearms units to respond quickly to incidents. Deaths in service are also rare.

Prime Minister Boris Johnson offered his “deepest condolences” to the victim’s family, writing on Twitter that “we owe a huge debt to those who risk their own lives to keep us safe.”

Policing minister Kit Malthouse told parliament: “We ask our police officers to do an extraordinary job.

“The fact that one of them has fallen in the line of performing that duty is a tragedy for the entire nation.”

Dick said the officer’s partner had been visited by her and other colleagues and was receiving “the best support” they could offer.

The commissioner added her entire police force was “deeply shocked and saddened” by the death.

“The Met is a family. Policing is a family, within London and across the United Kingdom, and today we are all mourning a great loss,” she added.

Fiona Bone and Nicola Hughes were the last British police officers to be shot dead in the line of duty, when they were ambushed in a gun and grenade attack in September 2012.

They were killed by drug dealer Dale Cregan while responding to a report of a burglary in Manchester, northwest England.

Since then, a further five officers have been killed on duty — four by vehicles while pursuing suspects and one, Keith Palmer, who was stabbed during a 2017 terror attack on parliament. 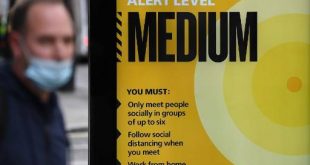 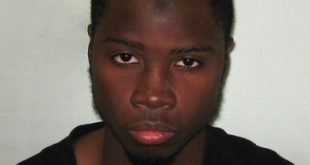 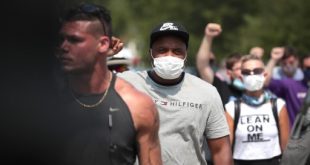 Wisconsin protests after US police shoot black man in back