by Alice RITCHIE with Joe STENSON in Dublin

LONDON, United Kingdom (AFP) — British Prime Minister Boris Johnson on Monday insisted he would not ask for a Brexit delay despite the approval of a new law that could force him to do so, as MPs prepared to vote against holding an early election next month.

Johnson said that if MPs refused to support his call for an election then he would go to an EU summit in Brussels on October 17-18 “and negotiate our departure on October 31, hopefully with a deal but without one if necessary”.

“I will not ask for another delay,” Johnson stressed, without explaining how he would get around the new law which requires the prime minister to request a three-month delay if no Brexit deal is agreed at the summit.

Johnson’s speech came in another day of drama in Westminster — hours before he suspends the parliamentary session until just a few weeks before Brexit.

MPs also passed a motion demanding the government publish all documents relating to Operation Yellowhammer, the effort to prepare for a “no deal” Brexit.

In another act of defiance, House of Commons Speaker John Bercow announced he would step down by October 31 at the latest in a speech filled with barbs against the government.

That came ahead of another expected defeat for Johnson, with MPs poised to reject for a second time his call for an election to break the political impasse over Britain’s future.

Many MPs are deeply opposed to Johnson’s threat to end Britain’s 46-year-old membership of the EU at the end of next month without agreeing any new arrangements.

Johnson’s move to suspend parliament caused widespread outrage and one of Monday’s votes demanded that official communications relating to it be published.

Johnson said it was a routine move to allow his premiership, which only began in July, to start afresh with a new legislative programme.

But MPs see it as an attempt to silence them in the run-up to Brexit and believe documents will prove it.

‘Downgrade parliament at our peril’

Britons voted in June 2016 to leave the EU but after three years of political wrangling, parliament still cannot decide on implementing the decision.

Johnson says he is working to revise the deal agreed by his predecessor, Theresa May, which MPs rejected — but insists Brexit must happen next month no matter what.

However, he has no majority in the House of Commons, having expelled 21 MPs from his own Conservative Party last week for voting for the rebel legislation.

The bill, which became law on Monday, would force Johnson to delay Brexit to January or even later if he cannot get a deal with Brussels at a crucial EU summit on October 17-18 — or persuade MPs to back no deal.

In response, the premier tried to call a snap election for early next month, but MPs refused to support him — and a second attempt later on Monday also looks doomed as it is opposed by opposition leaders.

The turmoil deepened when Bercow announced that he will step down by October 31 at the latest — with a few shots aimed at the government in his speech.

“We degrade this parliament at our peril,” he warned lawmakers, to a sustained standing ovation from largely opposition MPs.

Eurosceptics dislike Bercow for a perceived anti-Brexit bias, but he has been praised by supporters for sticking up for parliament’s right to have a say in the tortuous Brexit process.

Johnson had earlier visited Dublin for talks with his Irish counterpart Leo Varadkar, a key player in the search for a Brexit deal.

MPs rejected the current agreement three times earlier this year, in large part because of its provisions to keep open the border between British Northern Ireland and EU member Ireland.

Johnson wants to scrap the so-called “backstop” plan, which would keep Britain aligned to EU trade rules long after Brexit, to avoid any checks at the frontier.

But the EU accuses him of offering no alternative.

“Common ground was established in some areas although significant gaps remain,” the two leaders said in a joint statement following an hour of talks. 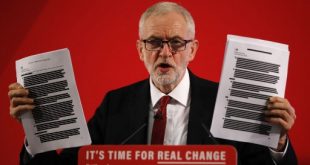 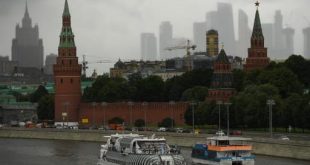 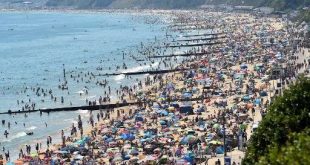