BANGKOK (AFP) — A coronavirus outbreak linked to a seafood market in Thailand passed 1,000 cases on Tuesday, as authorities weighed whether to introduce a wider lockdown.

Thailand has been on tenterhooks since Thursday following the positive virus test of a 67-year-old prawn seller from Mahachai market, Samut Sakhon province, about 40 minutes southwest of Bangkok.

As of early Tuesday morning, there were 1,063 confirmed positive cases out of 6,156 tested — a major outbreak for a country which previously had 4,300 infections.

The majority of the new cases are workers from Myanmar, who toil on shrimp boats and in processing factories linked to the multi-billion-dollar Thai seafood industry.

“They must be prosecuted without any leniency whatsoever,” he said in a televised address to the nation.

“This latest flare up of infections in Samut Sakhon is primarily due to such illegal immigrants and they have brought much grief to the country.”

“They want people who have been infected to be separated from everyone else. It’s a very crowded area,” Suthasinee told AFP.

Initially, they did not have enough food but supplies were now sufficient, according to the rights group.

Samut Sakhon governor Veerasak Vijitsaengsri said the infection rate linked to the market is at about 28 percent, down from earlier figures of 40 percent.

“We are seeing the light at the end of the tunnel,” he told reporters.

The market and its vicinity have been on lockdown since Saturday with the thousands living there barred from leaving.

Thai deputy prime minister Prawit Wongsuwan said authorities were yet to make a decision on further lockdown measures and the fate of New Year’s Eve countdown celebrations was also undecided.

“If it becomes more serious, it is necessary,” he told reporters.

Thailand shares a porous 2,400-kilometre (1,500-mile) border with Myanmar, which has seen an alarming spike in cases since August and is still recording around 1,000 cases per day.

Thailand’s tally of known infections was 5,716 as of Tuesday. 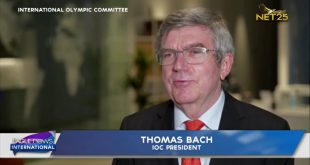 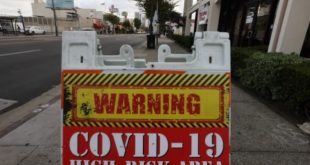 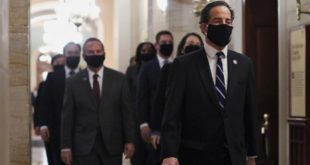