MIAMI, FLA. (AFP) — Tom Brady, who has landed with the Tampa Bay Buccaneers after 20 seasons and six Super Bowl titles with New England, says he’s looking forward, not back, and is eager to get up to speed with his new team.

The task is complicated by the coronavirus pandemic, with NFL team training and other activities on hold and team facilities shut down.

Even Brady’s introductory press conference, usually a chance for a team to show off such a prized acquisition, had to be conducted by conference call on Tuesday.

But Brady said he’s still eager to get going, and is not expecting any special considerations as he sets about learning the system of coach Bruce Arians and eventually settling in with “really talented” teammates including wide receivers Mike Evans and Chris Godwin, tight ends O.J. Howard and Cameron Brate and running back Ronald Jones.

“I said the other day, no one cares what you’ve done in the past,” Brady said. “They don’t care what you did last year, five years ago or 10 years ago.

“And I think, hopefully, the knowledge I’ve had with my experience playing quarterback will allow me to transition quickly.

“There’s a lot of things I’ve got to get up to speed on. Obviously learning different terminology, that’s a unique challenge that I haven’t faced, but it’s one that I’m looking forward to also.

“It’s a new program that I’m a part of, and they have their way of doing things, and they’re committed to winning. I’ve got to come in and do my part, and that’s why I’m here.”

Brady shed little light on the events that preceded his departure as a free agent from New England, where his relationship with coach Bill Belichick had reportedly come under strain in recent seasons even as he remained close to the Patriots’ billionaire owner Robert Kraft.

“I leave there with just great admiration for the people and the organization,” Brady said. “It’s a world-class, first-class organization in every way.

“There is no one who is a bigger fan of the Patriots than me,” Brady said. “I have nothing but total respect and love. I’m so grateful to Mr. Kraft, the organization and coach Belichick and all the coaches.”

But after signing a contract with the Bucs worth a reported $50 million over two years, he said he was ready to embrace a new challenge.

“This is an exciting moment for me in my life,” Brady said. “This is something obviously that’s very unique to me, it’s something that hasn’t happened in 20 years. So I’m kind of taking it day by day. The expectation for me is to come in and do what I feel is right for the organization, that’s to be a great team player.” 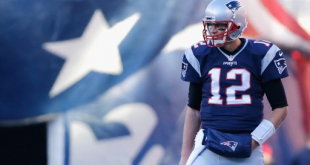 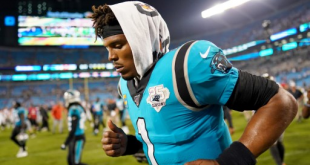 Newton hits back at Panthers after trade drama 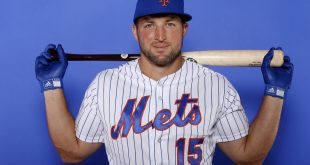