TUNIS, TUNISIA (AFP) — Suicide attackers struck outside the US embassy in the Tunisian capital on Friday, killing a police officer, wounding six other people and once again shaking a city repeatedly hit by jihadist violence.

The latest attack came despite a state of emergency imposed in the North African nation in 2015 following a string of bloody assaults claimed by the Islamic State group.

“Two individuals targeted a security patrol… in the street leading to the American embassy,” the interior ministry said in a statement.

There was no immediate claim of responsibility.

Police at the scene said the assailants drove to the area on a motorcycle and detonated their explosive devices as they were approached by officers at a roundabout near the embassy.

The two attackers died and one officer, 52-year-old father of three Lieutenant Taoufik Mohammed El Nissaoui, died of his wounds.

“It was a homemade explosive device and we are looking for those who helped make it,” he said.

Anti-terrorism prosecutors have opened an enquiry, spokesman Sofiene Sliti said, but no arrests had yet been made.

DNA tests were underway to identify the attackers, he said, adding that a large quantity of explosives was used.

“All security units are on high alert,” the interior ministry said.

After Friday’s blast, police sent reinforcements and forensic experts to the area, where body parts were strewn across the ground.

A helicopter buzzed over the Berges du Lac, a district protected round-the-clock by security forces.

“It’s tough to have to go on working when your colleagues have been wounded,” said one police officer at the scene.

“Our office is 300 metres from (the blast scene), but the explosion was so loud that the windows in our building shook,” the 49-year-old told AFP. “There was total panic.”

Earlier police had said one of the two assailants had tried to enter the embassy but was prevented by police.

But interior ministry spokesman Khaled Ayouni told AFP that “the police patrol was targeted, rather than the embassy”.

He noted that the attack took place the day before the fourth anniversary of a 2016 attack in the town of Ben Guerdane, which killed 13 security forces and seven civilians.

US ambassador to Tunisia Donald Blome praised authorities for their “immediate protection” of the embassy.

A senior State Department official who returned from Tunisia to the US on Thursday said that despite the attack, the country has been increasingly effective in fighting violent extremism.

Ennahdha, the Islamist inspired party of Ghannouchi, called “on all state institutions to double their efforts in fighting terrorism” and to adopt a controversial bill strengthening police powers.

Since its 2011 revolution, Tunisia has witnessed a string of jihadist attacks that have killed dozens of security personnel, civilians and foreign tourists.

2015 was a particularly bloody year, with three major deadly attacks claimed by the Islamic State group.

An attack at the capital’s Bardo museum in March killing 21 foreign tourists and a security guard. Just three months later, 38 foreign tourists were killed in a shooting rampage at the coastal resort of Sousse.

And that November, a bomb blast on a bus in central Tunis killed 12 presidential guards.

While the situation has significantly improved since then, Tunisia has maintained a state of emergency. Assaults on security forces have persisted, mainly in remote areas along the border with Algeria.

Before Friday, the last attacks were in June 2019, when twin bombings targeted a police station on the outskirts of Tunis and a police vehicle on the capital’s main throughfare.

A civilian and a policeman were killed in those attacks, while seven were wounded.

At least 20 dead as migrant boat sinks off Tunisia 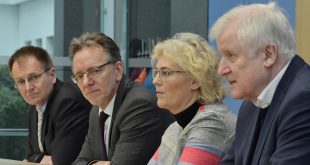 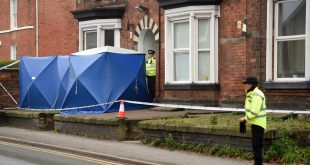