SYLMAR, CALIF. (Eagle News) — The Saddleridge Fire prompted massive evacuation orders for thousands of Southern California residents, some of whom are seeking shelter here at the Sylmar Recreation Center.

“The fire was coming down the hillside and we could see it was.  The wind was blowing so hard, so yeah we said, we just need to get out of here, said Sherry Glenn, an evacuee. “We could see the flames, oh my goodness, yes.  We could see the flames.  They were vivid, um, it was not, it was out of control, it was out of control, so there was a lot of smoke and it got to the point where I had to, you know, take my jacket and cover my face just to breathe.”

Alan Gomez was forced to evacuate along with his family.

“I’m here because my dad thought it was a good idea to come to the shelter.  They have given me a blanket, a bed, some food, and also a TV,” Gomez said.

For young children like Hannah Gomez, she brought only a few select items to the evacuation center.

“Coloring books, and my toy, and my blankie, and a place to be safe,” Hannah said.

Pedro Gomez commented about the condition of his house.

“We think that the house is safe right now, this moment, because we was there like two hours ago, but the smell is very bad over there and that’s why they keep us here at least for another day,” Pedro Gomez said.

A volunteer of the evacuation center, Claudia Silva, tried to easy the anxiety of the evacuees by bring them homemade food.

“I sell these homemade tortas but today, I have some left and I know with all my heart I’ve been thinking about these people that is here because I live two blocks from here and I know a lot of people from other areas are coming to this place so I thought about them and bring some food and also for the LAPD, for the fire department, I would like to thank everybody for help.  I have two daughters that work for the law enforcement so, you know, I know what it is, so thank for them we’re, you know, they help us a lot,” Silva said.

“This fire here is displaced a lot.  We actually have four shelters, said Thumper Bloomquist, American Red Cross Public Information Officer. “We have here in Sylmar, we have Granada Hills, we have Northridge, and we have Mason Park.  There’s one in Los Angeles city is actually opened one up too and they’re thinking about opening another one.  All of our facilities are at a max right now.  Here, we have 75 people plus we have about 19 animals consisting of dogs and cats too.

According to the Los Angeles Fire Department, 31 structures have been damaged or destroyed by the Saddleridge Fire that’s burned over 7,500 acres.  Latest reports place containment at only 13% with over 13,000 residents displaced from their homes.

California Governor Gavin Newsom has declared a state of emergency in Los Angeles and Riverside counties due to fire outbreaks and with high winds elevating the danger. More than 1,000 firefighters are on the ground battling the flames while airships are bombarding the blazes with payloads of water and fire retardant.

Red Flag warnings are expected to continue into Saturday evening.  With Santa Ana winds potentially feeding flames and spreading embers, the message from emergency services for Los Angeles residents is clear: be packed and ready to go at any moment in case your neighborhood is instructed to evacuate. 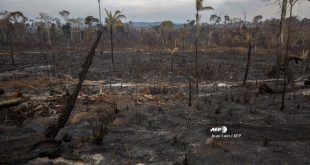 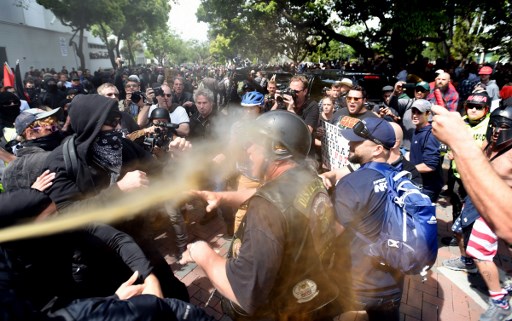 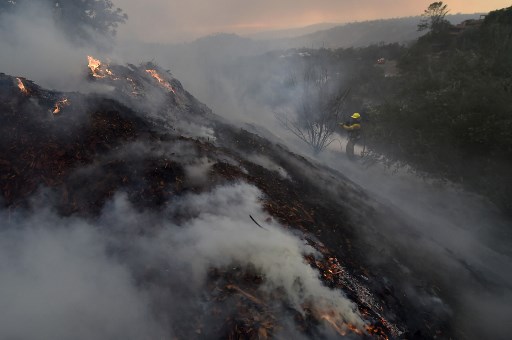