LOS ANGELES, Calif. (AFP) — Self-isolation and social distancing appear to have slowed the rate at which coronavirus spread from person-to-person over three weeks in the Seattle area, a new statistical study has found.

The Institute for Disease Modeling (IDM) looked at government-compiled health data in the coronavirus hotspot of Washington state, as well as anonymized Facebook location data, to calculate the impact of the lockdown.

The northwestern state, where the first US case was confirmed, began to ban large gatherings and shutter schools in early March.

Public health data, including positive and negative tests and overall mortality, appear to show that “the epidemic has slowed” since then, the study found.

The disease’s reproductive number — the amount of people a single patient will infect on average — dropped by nearly half, from 2.7 at the end of February to 1.4 by March 18, it calculated.

“The main takeaway here is though we’ve made some great headway, our progress is precarious and insufficient,” said Daniel Klein, one of the leaders of the study, on Monday.

The reproductive number must fall below one for the pandemic to decline, the authors noted.

Facebook location data indicated “a persistent decline in mobility” and “strong evidence that people have been staying at home” over the period, the report found.

It showed an average 27 percent increase in the occupancy of residential areas, and a 43 percent decline in areas with offices such as central Seattle.

The state’s stay-at-home order was “timely and necessary” but must be maintained, and “more progress is necessary,” the report said, noting that the models drew on a small amount of data and contain considerable uncertainty.

“We are seeing a positive effect from the social distancing and other measures we’ve put in place, although significant numbers of cases and deaths continue to occur,” said King County health director Jeff Duchin.

Authorities said Monday there were 2,330 cases and 150 deaths in the county, which encompasses Seattle.

“The threat of a rebound that could overwhelm the healthcare system remains and will remain for the foreseeable future if we let up too soon,” Duchin said. 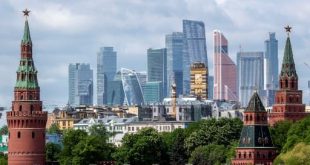 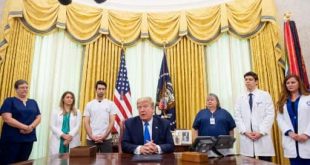 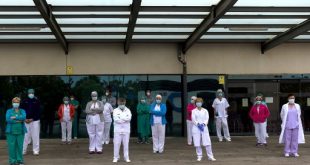