BOGUCHANY, Russia (AFP) — Svetlana Tuflyakova is in a hurry as she pushes her small son in his pram, keen to get back inside her house and away from the permeating smoke of Siberian wildfires: “It feels like it fills your whole body,” she says.

Tuflyakova lives in the village of Boguchany in Krasnoyarsk region, about 100 kilometers (60 miles) from raging fires which have engulfed vast territories and filled residential areas with smog.

“There is nothing to breathe,” said 32-year-old Tuflyakova. “We can’t hide from it… Children and adults are coughing non-stop.”

Large fires are an annual occurrence in Siberia, but this summer smoke has enveloped some of its largest cities, including Krasnoyarsk, and locals are angry at what they perceive as government inaction.

Though authorities have now increased efforts to put out the blazes, the burning area is continuing to expand.

But it has given up on 295 fires over 2.4 million hectares of “distant or hard-to-reach territories” and is simply monitoring them from space, the service said.

Russia’s environment ministry in 2015 issued a decree that allowed regions to ignore blazes if the “expected cost of fighting fires surpasses the expected damages”.

Swathes of remote northern taiga, or swampy coniferous forest, have been designated as a territory where fires can be allowed to burn.

Around Boguchany, residents have not seen blue sky for weeks. In the evening, it turns a creamy pink from the red sun. Locals have been staying in, or using fog lights on the road when they venture out.

“We have closed windows and turned on air conditioners this year,” said Dmitry Akhmadyshin, a furniture salesman.

“Nothing has been done” to put out the fires for most of the summer, he said. Only in the last few days, following a government meeting with Prime Minister Dmitry Medvedev, has he begun noticing helicopters overhead.

Greenpeace estimates that wildfires have affected more than 13 million hectares — approximately the area of Greece — across Russia so far this year.

On Monday, Russian prosecutors specializing in environmental crimes blamed Siberian regions for failing to extinguish fires because of “red tape”, as well as “distorting data” about the blazes.

The wildfires have fuelled a perception of neglect by the authorities, particularly after Krasnoyarsk governor Alexander Uss declared in late July that putting out forest fires is “pointless and possibly harmful”.

Photos and videos posted on social networks tagged “Siberia is burning” show towns and cities enveloped in smoke, with complaints of government inaction.

A petition on Change.org demanding a state of emergency for all of Siberia gathered over a million signatures. A separate petition called for measures to help wild animals in the afflicted areas.

Forestry authorities have claimed that fires in the taiga are caused by lightning, but Deputy Emergency Minister Igor Kobzev said Monday that “most fires started near roads” and were caused by humans.

Many locals say the culprits are companies cutting timber in the taiga.

Retired Boguchany native Ivan Ozornik went as far as Krasnoyarsk, hundreds of kilometers away, to express his frustration at a rally demanding governor Uss resign.

“They are putting out the fires now, but it should have been done long ago when they were small enough to be extinguished,” Ozornik said, recalling that in the Soviet era, authorities sent out monitoring planes and “didn’t let it become a disaster”.

“Now the process is out of control. Our public money is being spent and there’s no result,” he said. 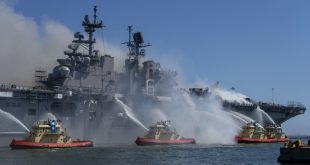 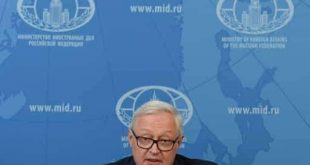 US and Russia to resume nuclear talks, but China casts cloud