(AFP) — Russia said Thursday it would respond in kind if the EU imposes sanctions on Moscow over the jailing of opposition leader Alexei Navalny and a crackdown on protests by his supporters.

EU foreign policy chief Josep Borrell earlier this week said he would propose the bloc impose new sanctions on Russia, as he blasted the imprisonment of Navalny and the crackdown.

Borrell made the comments during an address to the European Parliament after a chastening visit to Russia last week, during which Moscow announced the shock expulsion of three European diplomats.

Any new sanctions, she said, “will inevitably be followed by a proportionate response,” Zakharova added.

Navalny’s supporters have called on the EU to sanction the moneymen they accuse of protecting Putin’s wealth and financing his regime.

The EU’s ties with Russia have been tense since Moscow seized the Crimean peninsula in 2014 and fuelled the war in eastern Ukraine.

Relations worsened further after Navalny, President Vladimir Putin’s most prominent domestic opponent, was sentenced to almost three years in prison following his return to Russia last month from Germany, where he had been recovering from a poisoning attack.

His jailing sparked widespread protests across Russia that saw at least 10,000 people detained.

EU foreign ministers are set to discuss their next moves on Russia at a meeting on February 22. 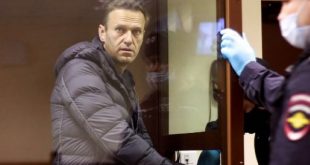 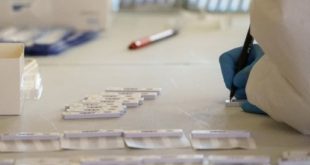 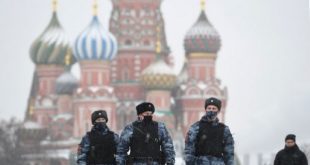