“Today we witness with our own eyes, police officers kneeling on the necks of black Americans,” Obama said in a eulogy at the funeral service in Atlanta of civil rights leader John Lewis.

“We can witness our federal government sending agents to use tear gas and batons against peaceful demonstrators,” he said.

“Even as we sit here, there are those in power who are doing their darnedest to discourage people from voting by closing polling locations and targeting minorities and students with restrictive ID laws and attacking our voting rights with surgical precision,” Obama added. 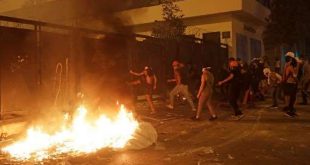