Nepal hit by worst wildfires in almost a decade

(AFP) — Nepal is experiencing its worst fire season in almost a decade, officials said Tuesday, as huge blazes rage across the country’s forests, engulfing the Himalayan nation in a shroud of brownish haze.

Air quality in the capital Kathmandu was ranked on Tuesday as the worst in the world, according to monitoring site IQAir, with some international flights delayed as thick smoke blanketed the city.

“The highest number of wildfires have been reported this season since records of such incidents were maintained nine years ago,” the spokesman for Nepal’s National Disaster Risk Reduction and Management Authority, Uddav Prasad Rijal, told AFP.

Firefighters were working to bring the flames under control, officials said.

More than 2,700 wildfires have been reported in Nepal since November, 14 times higher than in the same period last year, the government said.

Rijal said the winter season between November and February was drier than usual, increasing the risk. The wildfire season starts in November and lasts until the onset of the monsoon in June.

In Bara district in southern Nepal, a villager said his home had been “choking in smoke” for a week as fire raged in a local forest.

“It was the worst wildfire I have seen in my life. There has to be a system to control it better,” Bharat Ghale, 60, said.

Climate expert Madhukar Upadhya said it was “inevitable” that there would be more wildfires as Nepal’s winters become drier as a result of climate change.

“Work needs to be done to reduce the risk of fires at community level and they (communities) have to be equipped to mitigate it when a wildfire occurs,” Upadhya told AFP. 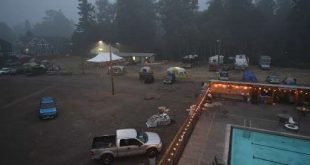 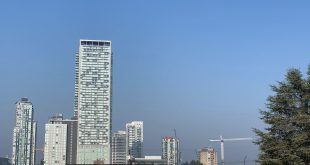 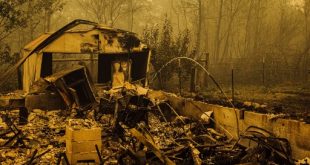 Fifteen killed, 500,000 evacuated as western US burns out of control