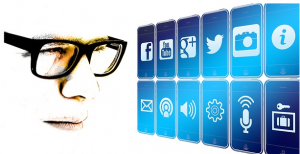 The World Health Organization (WHO) has increased its efforts to tackle myths and rumours since it warned in February of a massive “infodemic”, a deluge of information, including false claims that can risk public health.

AFP has debunked more than 140 cases of widely-shared misinformation since the virus emerged in December, including fake hotline numbers, recipes for herbal “cures” and videos of packed supermarkets which were actually filmed years ago.

And a Facebook post apparently written by a medical student that advised drinking warm water and lemon to prevent the disease was shared more than 40,000 times around the globe.

“You see how easy it is to have the same hoaxes popping up in Asia, Europe, the USA, in Latin America (on) the same days with hours’ difference,” said Cristina Tardaguila, associate director of the International Fact-Checking Network (IFCN).

The network is part of the Poynter Institute journalism school in Florida, which has certified more than 70 fact-checking organisations worldwide.

IFCN-certified fact checkers working with Facebook, which include AFP, can flag misinformation to the public, although the “globalisation of hoaxes” makes it a difficult task.

“We’re losing the battle against false cures, like drinking bleach, and the preventive medicines. That one, we’re still losing because it’s very hard, because people are trying to protect other people,” Tardaguila told AFP.

While conspiracies and hoaxes can deliberately create panic around the outbreak — such as social media posts claiming the virus was created in a Canadian laboratory — many cases are “not malicious”, said Claire Wardle, director of First Draft, a global non-profit body focused on responsible reporting on disinformation.

She told AFP that quarantine measures in various countries are helping to fuel the spread of misinformation, a phenomenon which is “impacting absolutely everybody”.

“Many people are at home right now, many people are living alone. Everybody is texting, messaging each other, because they’re frightened.”

“People who normally are very well educated people, who would normally never share this kind of content, I see them sharing it because they themselves are frightened”, she said.

Online misinformation can hamper efforts to quell the virus on the ground.

Hoaxes and rumours have “a very negative impact on the speed at which the response is made,” said Emanuele Capobianco, Director for Health and Care at the International Federation of Red Cross and Red Crescent Societies (IFRC).

“That is very serious in epidemics, because speed is a critical factor to contain an epidemic”.

Misinformation on the novel coronavirus, which emerged in the Chinese city of Wuhan in late 2019, has also contributed to the stigmatisation of Asian communities around the world.

There has been a spike in reports of anti-Chinese rhetoric directed at people of Asian origin, regardless of whether they have ever visited the centre of the epidemic or been in contact with the virus.

But this stigmatisation can have more serious consequences.

According to WHO spokesman Tarik Jasarevic, “stigma can drive people to hide the illness to avoid discrimination” or even deter them “from seeking health care immediately”.

Under pressure to root out false posts, tech giants like Facebook and Google have stepped up efforts to direct users to reliable sources of information.

A search for “coronavirus” on Facebook or Google now sees information from the WHO pushed to the top of results. Facebook said it has also banned ads intended to create panic or promote unproven cures.

Facebook-owned WhatsApp — a private messaging service on which false posts often go undetected — this week announced it would donate $1 million to the International Fact-Checking Network to help curb misinformation on the platform. 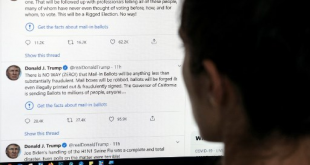 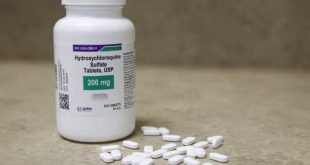 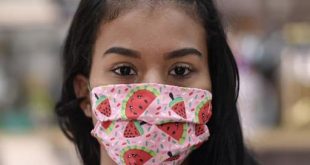