VATICAN CITY (AFP) — An idea to fill empty pulpits in remote locations by allowing married men to become priests is bitterly dividing a Vatican assembly, with critics warning the emotive issue could fracture the Catholic Church.

The hot-button topic of whether an exception can be made to the centuries-old custom of celibacy in places where there is a shortage of priests has dominated the start of the three-week “synod” on the Pan-Amazonian region.

Austro-Brazilian bishop Erwin Krautler said Wednesday he estimated some two-thirds of the bishops in the region support the idea of “viri probati” (married “men of proven virtue”) as candidates for priesthood.

“There is no other option, indigenous peoples are clearly asking for it,” the former bishop of Xingu in Brazil told journalists.

Pope Francis has suggested those at the assembly consider the possibility of ordaining married men for remote locations, such as the Amazon or the Pacific Islands, where communities seldom have Mass due to a lack of priests.

Only priests can consecrate the Eucharist, which is a key part of Catholic Mass.

Krautler and other supporters of the idea say the Eucharist is more important than celibacy, which is not a Church law and only dates back to the 11th century.

“Just as the magnificent jaguar faces exile from its habitat, the ecclesiastical ecosystem no longer manages to arouse and support enough priestly and religious vocations,” a person who attended the synod debates cited an unnamed Spanish-language bishop as saying.

“We are witnessing a sort of deforestation of Catholic culture,” he added.

The synod’s chair, Brazilian Cardinal Claudio Hummes, said Monday the Church needed to “define new paths for the future” in response to the calls not only for married priests but also for suitable ministries for women in the region.

The Roman Catholic institution is concerned about the sharp increase in the Amazon region of evangelical Pentecostal churches, which do allow married men to serve as pastors.

The Church has been flexible on the issue before, allowing married Anglican priests to convert to Catholicism.

But the issue deeply upsets some traditionalists, who argue that making an exception for the Amazon would open the door to the end of celibacy for priests in general.

They say priests are supposed to be married to God.

One of the pope’s fiercest critics, US Cardinal Raymond Burke, called last month for a 40-day “crusade of prayer and fasting” over “serious theological errors and heresies” contained in the working document for the synod.

He made a public appeal to Francis not to allow any exceptions to priestly celibacy.

German conservative cardinal Gerhard Mueller said in an interview with the Repubblica newspaper Thursday that “Church tradition is not a game that can be styled to one’s liking”.

The bishops at the synod will draw up suggestions for the Argentine pope, who is expected to then write his own document.

The hard-conservative wing of the Church frequently takes aim at Francis’s papacy, saying he is not outspoken enough on abortion, too compassionate towards homosexuals and divorcees, and too accommodating towards Muslims.

But Francis has brushed off fears of a rupture within the centuries-old institution, saying in September he was “not afraid” of a schism. 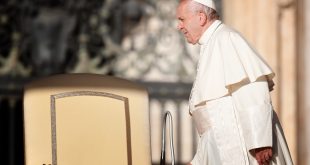 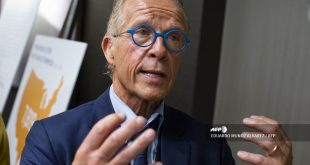 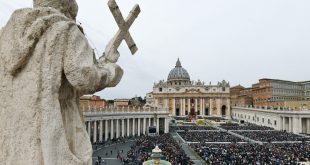