PARIS, FRANCE (AFP) — French President Emmanuel Macron Tuesday vowed an “unrelenting fight” against Islamist extremists at a memorial ceremony for four Paris police staff stabbed to death last week by a colleague who had converted to a radical version of Islam.

Mickael Harpon, a 45-year-old computer expert in the police intelligence-gathering department, used a kitchen knife and an oyster shucker to kill one female and three male colleagues in a 30-minute rampage that ended when an officer shot him dead.

“We will wage an unrelenting fight in the face of Islamist terrorism,” Macron said at the ceremony at police headquarters, where the attack took place.

The killings in the police’s inner sanctum have shocked France, where the government is being pressed to explain how Harpon’s radicalisation had failed to raise red flags.

Macron said it was “inconceivable and unacceptable” that Harpon, who had worked for the police since 2003, had managed to carry out an attack “in the very place where we pursue terrorists and criminals”.

He blamed the attack on “a distorted, deadly Islam” which he vowed to “eradicate” and to build in France a “society in a state of vigilance”.

He called on all of France to unify and act in order to overcome what he termed the “Islamist hydra”, referring to a multi-headed serpent of Greek mythology.

But he also warned against lapsing into a climate of permanent suspicion, emphasising: “This is not a fight against a religion but against the distortion of it which leads to terrorism.”

Thursday’s bloodshed — the first deadly attack in France in 10 months — brought to 255 the number of people killed in a string of assaults blamed on, or claimed by Islamist radicals, mainly the Islamic State group, since 2015.

The security forces have regularly been targeted.

In one of the grisliest attacks, a police couple were stabbed to death in front of their three-year-old son at their home near Paris by a man claiming allegiance to IS, who broadcast the attack live on Facebook.

Harpon, a father of two, had converted to Islam about 10 years ago and adopted increasingly radical beliefs.

He had been in close contact with a hardline Salafist imam in the months before his rampage last week, according to investigators.

His wife was released from custody on Sunday after three days of questioning.

Le Parisien newspaper reported Tuesday that a USB key containing details on dozens of his police colleagues had been found among his possessions.

The paper, citing sources close to the inquiry, said it was not clear if Harpon had gathered the data as part of his job or had surreptitiously extracted it, nor whether he had shared it with others.

The key also contained several IS propaganda videos, it added.

Police told BFM TV that 160 investigators have been dedicated to combing through data captured on Harpon’s computers.

Ernest, a father of two with 28 years of service, had been planning to get married to his long-time partner, Macron said.

The coffins of the four, which were draped in French flags, were borne into the courtyard of the building by fellow officers.

Interior Minister Christophe Castaner has faced opposition calls for his resignation after initially claiming that Harpon never gave the “slightest reason for alarm” before going on the rampage.

On Tuesday, the minister appeared before a parliamentary committee, where he conceded there had been a “malfunction” in not reporting signals of Harpon’s seeming radicalisation.

He will also be questioned by a Senate panel on Thursday as to why Harpon, who told colleagues that the 12 people killed in the 2015 massacre at the Charlie Hebdo satirical newspaper “deserved it”, did not set off alarm bells.

Parliament speaker Richard Ferrand on Tuesday announced a commission of inquiry into the attack.

And the interior ministry has set up a dedicated cell to track potential Islamist radicals within the ranks of the security forces. 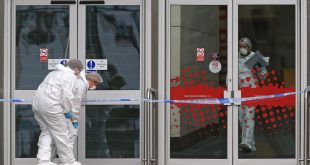 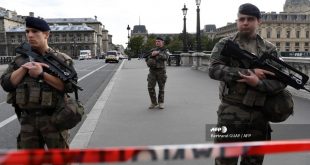 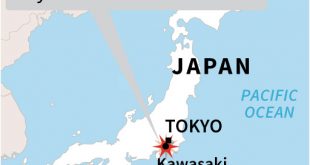