SHANGHAI, China (AFP) — Lee Chong Wei’s tearful retirement was not just a sad conclusion to one of badminton’s great careers, it also ended his remarkable rivalry with China’s Lin Dan.

The duo reigned over the sport for more than a decade and have only relinquished that hold in recent years as their powers waned.

Both are well past their prime, but the Malaysian was forced to call it quits after being diagnosed last year with early-stage nose cancer.

An emotional Lee, who will be 37 in October, told a press conference on Thursday: “My plan to retire was originally after the (2020) Olympic Games. I made this decision due to my health.”

Lee, a triple Olympic and world silver medallist, had successful medical treatment but he has not trained since April and his hopes of making next summer’s Tokyo Games were remote after his ranking tumbled. He was ranked a lowly 191 in the world this week.

Badminton fans will be denied one last Olympic showdown between Lee and Lin, who is one year younger and almost certain to retire after Tokyo.

“Lin Dan and myself are rivals on the court, but outside the court, we are close friends,” Lee told reporters.

Lee spent a total of 348 weeks as world number one but never won a world or Olympic title — primarily after falling short in nail-biting showdowns with his nemesis Lin.

Lin was quick to react to Lee’s announcement, posting on China’s Twitter-like Weibo: “I will be alone on the (badminton) court and no one will accompany me.”

Lee wrote in reply: “I hope that you can realize your dreams and reach the Olympics for the fifth time.”

Lee ‘spurred me on’

For fans of badminton, among them millions in China and Malaysia, their rivalry has been the stuff of legend and will be dearly missed.

Lee and Lin played each other 40 times stretching back to 2004, with “Super Dan” winning 28 of their matches.

What turned out to be their last hurrah was in the quarter-finals at the prestigious All England Open in March last year.

Lee is a national hero in Malaysia and will go down as one of the sport’s finest players.

In an era when China dominated, Lee — who once called Lin “my life’s greatest opponent” — was often the lone bulwark to the Chinese sweeping all before them.

But when it came to facing Lin, it was the Chinese, often regarded as the best shuttler of all time, who had the edge on the biggest occasions.

At the Beijing 2008 Olympics and at London 2012, Lin defeated Lee in the final to take gold each time.

In London, Lee led 19-18 in the deciding game before fatally deciding to leave a shot that fell on the line.

He got a measure of revenge at the Rio 2016 Olympics, beating Lin over three thrilling games in the semi-finals, only to lose in the final to Lin’s compatriot Chen Long.

It was to be Lee’s final Olympics.

Two months ago, Lin said that Lee was a major reason for him ploughing on even as his ranking plummets.

“Because Chong Wei hasn’t retired from the badminton world, that spurred me on to continue,” said Lin, whose tattoos and temper contrast sharply with the more humble Lee.

“Both of us are still fighting hard for a place in the Olympics together.”

Lin will now wage that battle without his friend, arch-rival and inspiration. 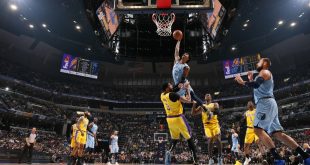 Grizzlies ‘got a great one’ in Morant: James 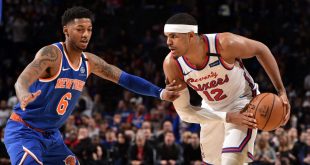 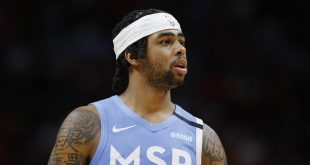