HONOLULU (Eagle News) – While Hawaii at present celebrates Statehood Day on the third Friday in August, as well as American Independence Day on July 4, there is one other important day that some Island residents continue to observe.

Lā Kū‘oko‘a or Hawaiian Recognition Day was a national holiday on November 28 as result of what was then the rise of the Kingdom of Hawaii as a power in the Pacific region during the 19th century.

Historians and scholars have attributed the kingdom’s emergence to the following historical events.

In 1839, French Captain Cyrille Pierre Théodore Laplace arrived in the Hawaii Islands under orders to put an end to the kingdom’s alleged religious persecutions.  This event known as the Laplace Affair resulted in Hawaii’s King Kamehameha III being forced to issue the Edict of Toleration on July 17, 1839.  The kingdom also paid $20,000 (more than $559,000 today) as compensation and guarantee of Hawaii’s “future conduct towards France.”

In anticipation of future diplomatic issues with foreign nations, Kamehameha IIIdispatched a delegation to the United States and Europe to secure recognition of Hawaii’s sovereign independence.  However, while the delegation was away, Britain’s Lord George Paulet, captain of the HMS Carysfort arrived in Hawaii and, acting without authority, unilaterally seized the kingdom.

On July 31, 1843, Rear Admiral Richard Thomas of the British Royal Navy ended the five months of occupation in Hawaii.  The national celebration of Lā Hoʻihoʻi Ea or Sovereignty Restoration Day was established to commemorate the momentous occasion.

Lord Aberdeen and the Comte de Saint-Aulare, acting on behalf of Britain’s Queen Victoria and France’s King Louis-Phillippe respectively, signed the joint proclamation on November 28, 1843, thereby recognizing the independence of the Hawaiian Kingdom.  The United States followed suit on July 6, 1844.

Timoteo Ha‘alilio, Hawaii’s first diplomat, and his associate William Richard served as envoys to Kamehameha III and were instrumental in securing formal diplomatic relations with the three countries.

In 1847, Kamehameha III required his Minister of Foreign Affairs, Robert Crichton Wyllie, to determine a fitting way to recognize and celebrate the anniversary of Hawaii’s welcome into the family of nations.  On October 15, 1847, Wyllie delivered his report by Privy Council to the King and his cabinet.  That same year marked the first official celebration of Hawaiian Recognition Day, Lā Kū‘oko‘a.

From the 1850s through the 1870s, Hawaii celebrated Lā Kū‘oko‘a with lū‘au, music, and marches.  The celebration grew under the reign of King David Kalākaua, with formal proclamations sent by official circular to the foreign diplomatic corps in Hawaii and the Hawaiian Kingdom consuls abroad, informing them of the holiday.

The day remained a national holiday under the Provisional Government of Hawaii (1893), the Republic of Hawaii (1894-1898), and the initial years of the Territory of Hawaii.

Earlier this year, State Senator Kalani English introduced a bill that would make the fourth Friday in November as “Hawaiian Recognition Day,” which would also be an official state holiday.  As of this report, the bill continues to be reviewed by various committees within the State Legislature. 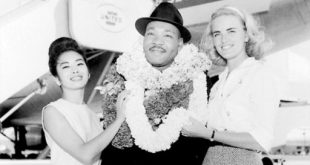 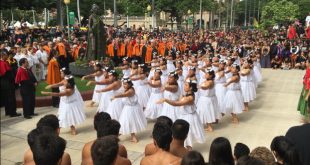 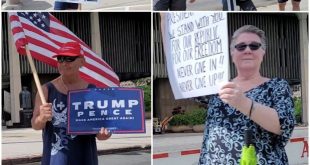