Swells averaging five meters (16 feet) washed rocks and debris onto roads, temporarily cutting access to the international airport at the peak of the flooding on Wednesday.

The Marshall Islands are one of the Pacific nations on the front line of climate change, causing increasingly intense weather phenomena and storm surges linked to rising seas.

Climate researcher Murray Ford said such factors may have played a role in this week’s flooding but were not the main cause.

“The key driver of this current inundation appears to be a large swell which has arrived from a more northerly direction than the typical trade wind swell,” he said.

“This particular event would be best described as a large swell, meeting a high, but not unusually high tide.”

Disaster response officials were expected to complete a damage assessment on Friday. 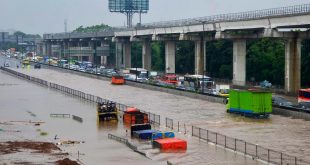 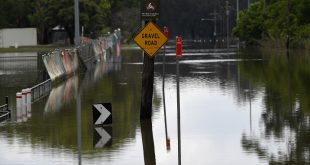