MIAMI (AFP) — Florida registered a record 253 coronavirus deaths on Thursday, setting a grim new high for the third day in a row as the state closes down some COVID-19 test centers due to a looming tropical storm.

The state’s daily toll has leapt over the last week, bringing the overall deaths to 6,586, according to the Florida department of health.

As the pandemic wreaks havoc, the state is readying for Tropical Storm Isaias, which is approaching with sustained winds of 95 kilometers (59 miles) an hour and stronger gusts.

“There is a risk of impacts from winds, heavy rainfall, and storm surges along portions of the US east coast, beginning this weekend in Florida,” the Miami-based National Hurricane Center said, adding that tropical storm or hurricane watches could soon issued.

Florida has emerged as a major new epicenter of the US coronavirus battle. Its number of confirmed cases recently surpassed New York and is now second only to California, a state with twice as many people.

More than 460,000 people have been infected with the virus in the Sunshine State, which has a population of 21 million.

A quarter of all of Florida’s cases are in Miami. 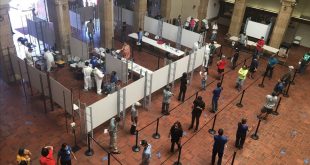 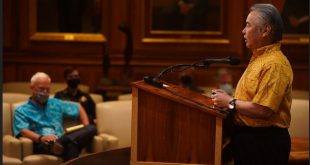 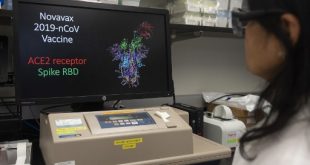