(Eagle News) — Household spending in Canada in February is up from the same month a year ago according to an economics report from the Royal Bank of Canada released Tuesday.

Core spending rose by 7%, reversing much of the slump retailers saw during the lockdowns in December and January.

The bank suggests sales could continue to strengthen this month.

Because of government supports, households have ample purchasing power to ramp up spending quickly, the bank said in its report.

Spending on clothing rose sharply after slowing during the holidays.

Spending on household good is up by 27 per cent, while sales in specialty retail, electronics and hobbies rose by about 22 per cent.

But high-contact services, such as food and accommodation remain weak.

Spending on hotels is running 40 per cent below last February’s level.

Receipts from dining out are down by 18 per cent but grocery sales rose by 19 per cent.

Entertainment spending showed some improvement last month but is still 18 per cent lower than the same time a year earlier.

That’s not expected to improve until vaccination ramps up.

All in all, the bank says accelerating vaccine distribution represents light at the end of the tunnel for service sector industries.

It notes Canada now has enough doses of the vaccine to immunize most of the population over 60 by mid-April. That demographic accounted for 70% of the hospitalizations and 95% of the deaths due to Covis-19.
(Eagle News Service) 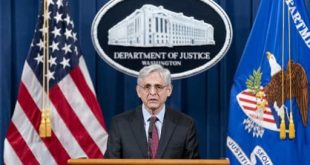