SEOUL, South Korea (AFP) — K-pop superstars BTS were releasing their new album Friday, breaking records even before it came out as the country’s most pre-ordered album of all time, with its lead single the first track to make its debut on video app TikTok.

BTS — or Bangtan Sonyeondan, which translates as Bulletproof Boy Scouts — has gained a huge global following, becoming the first K-pop group to top charts in the US and Britain with a string of sold-out shows in Los Angeles, Paris, and London’s Wembley Stadium.

The digit is a reference to the number of members in the band, and the years since they made their debut.

The group rolled out a 30-second preview of lead single “ON” exclusively on TikTok Thursday, momentarily causing the short-form video app to crash.

They are the first band to introduce a single via TikTok, and the snippet offered a challenge titled #OnChallenge — where fans were invited to use the sound to create their own videos.

More than 33,000 videos were made using the track by Friday morning, including fans dancing and reacting — in places including classrooms.

“Guys I’m so excited and nervous and probably gonna skip a few minutes of my biology lesson and listen to Mots: 7 at the toilet,” one fan posted on Twitter.

The song “ON”, is “like a diary of our past seven years”, BTS member RM told Apple Music.

“We stumble from time to time but we got back up… It’s like a declaration that we have admitted our destiny.”

The collection is already the most-preordered South Korean album of all time, with more than 4.02 million copies sold.

“We did expand our musical spectrum,” RM said, on the group’s remarkable career since its debut.

“In 2013 we had a performance in front of 300 people, 500 people. But now we are doing stadium tours, so everything’s got bigger and happier.”

Another Twitter fan posted: “Finally it’s coming and I’m so proud of Bangtan. We will break records again and we will be even stronger together.”

But one dark cloud on the band’s otherwise stellar horizon has emerged: a high-profile concert initially scheduled for March 8 in Daegu has been canceled due to the novel coronavirus outbreak in the city. 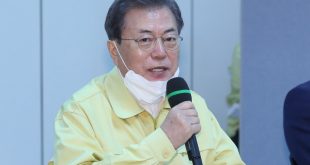 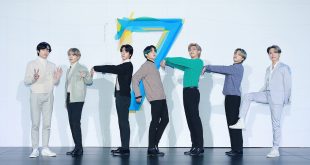 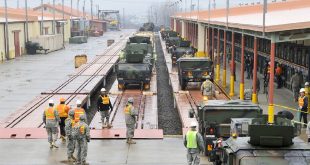