Boeing picks up big order for 737 MAX jets from Ryanair

LONDON (AFP) — Boeing picked up Thursday its first major order for the 737 MAX since the aircraft was grounded for 20 months following two fatal crashes as Irish no-frills airline Ryanair signed a deal to acquire 75 of the planes.

The order was a sign of confidence in the aircraft which is moving towards a return to service following approval by the US Federal Aviation Administration (FAA) last month.

“Ryanair … today signed a purchase agreement with Boeing for 75 new MAX-8200 aircraft,” the carrier said in a statement announcing the carrier was converting options for jets worth $7.0 billion (5.8 billion euros) at list prices.

The announcement brings the Dublin-based company’s total order to 210 737 MAX aircraft with a total value of over $22 billion, it added.

“This has been a real partnership between Ryanair and Boeing,” said Ryanair Chief Executive Michael O’Leary in a press conference unveiling the deal.

He meanwhile expressed confidence that Covid-19 vaccines would aid the aviation sector’s recovery next year, following the global health emergency that had decimated international demand for air travel.

“We have got to look forward with great confidence. The vaccines are coming in the first quarter of next year,” he said, adding that Ryanair had received a “very small” discount on the jets.

The US Federal Aviation Administration (FAA) last month cleared the MAX to return to service following upgrades to the plane and pilot training protocols.

“Now that the Boeing MAX aircraft has been certified by the FAA to return to service, Ryanair expects to take the first deliveries of these new fuel efficient and environmentally friendly aircraft from early 2021,” Ryanair said Wednesday.

The 210 firm aircraft orders would meanwhile be delivered over a four-year period between spring 2021 and December 2024.

Ryanair’s order follows a near two-year grounding of the jet after two fatal crashes that together killed a total of 346 people.

The MAX aircraft had been a cash cow for Boeing prior to the fatal Lion Air and Ethiopian Airlines crashes in 2018 and 2019 respectively.

Those calamities plunged the US aerospace giant into a crisis worsened by the fallout from the deadly coronavirus pandemic, which also had a devastating impact on commercial air travel. 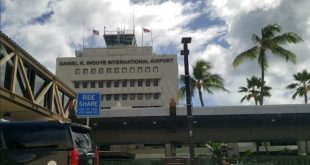 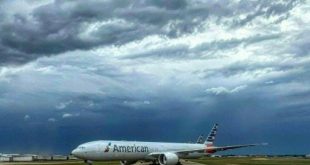