PARIS, France (AFP) — A US-based group that compiles data on sexual abuse by Catholic clerics and bishops accused of covering it up fears that a bid by Pope Francis to tackle the scandals is a case of too little, too late.

Speaking ahead of a Vatican summit of bishops this week to discuss the crisis, Anne Barret Doyle, co-director of BishopAccountability.org, complained of a “disconnect” between the pontiff’s strong statements and his actions.

The non-governmental organization is taking part in a counter-summit of victims running alongside the Vatican event. Following are Doyle’s remarks in an interview with AFP.

– ‘Impunity for bishops is ending’ –
In our 15 years studying this crisis, we have never seen such a surge in accountability. It is coming from outside the Church, it’s coming from prosecutors, from the news media, it’s coming from legislators and governments.

There is a determination by secular society to eliminate child sexual abuse from the Catholic Church to a degree that we have never seen before.

The #MeToo movement has also taught secular society several lessons. We have become educated about the dynamic of trauma, we understand now that it takes decades for a victim to come forward and report rape or molestation as a child. We also understand the phenomenon about powerful and popular persons being a secret predator.

I think it’s helpful that he publicly labelled crimes by the clergy “atrocities”… but his use of that word did not lead to any meaningful reform.

There is a disconnect between his strong statements and his actions. Even as he is making these bold pronouncements, he is obstructing justice. For instance, the Chilean prosecutors are asking for a copy of Charles Scicluna’s investigative report, to help them in their prosecutions of complicit bishops and perpetrators in Chile. The Vatican has refused to give it.

It’s also very telling that the pope allowed the cardinal (Luis) Ladaria Ferrer to claim diplomatic immunity so that he did not have to appear at Cardinal (Philippe) Barbarin’s trial in France. That is the signal that the pope is not sincere in his pledge to do everything possible to end this crisis.

United States bishops in November had their annual meeting in Baltimore and they were ready to implement clearly modest changes, and at the very last minute the Vatican intervened and told them they could not enact these changes.

One strategy of Pope Francis’s that distresses me is that he acts as if he has little power. We know that he could instantly implement some very powerful remedies, like changing the canon law.

– Vatican, bishops are ‘stubborn’ –
The various members of Ending Clerical Abuse (ECA) (a new international alliance to pressure the Catholic Church over predator priests) are powerful activists, leaders in child protection and healing for clergy abuse survivors in their respective countries.

The experts on what needs to be done to solve the Church abuse crisis are the victims, not the bishops.

Clearly, they keep trying the same tired remedies that appear to be mostly public relations tactics and not authentic reforms.

I do believe that ultimately the Catholic Church will implement those reforms but they will do so only under duress, only when they are forced to do so by civil societies.

I believe the Vatican slowly will be motivated to change its system, but the Vatican and bishops generally are very stubborn. I don’t think they fully realize the peril that the Church is in in many societies today. 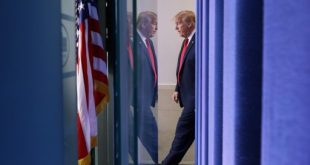 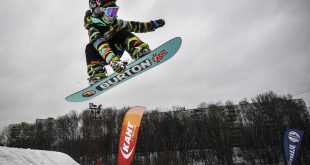 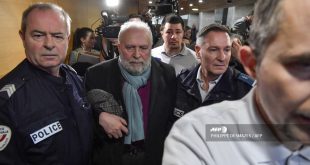