Bahamas hurricane toll up to 45, many more missing

NASSAU, BAHAMAS (AFP) — Authorities in the Bahamas have updated the death toll from Hurricane Dorian to 45, with police calling for the public to register details of the many people still missing.

One week after Dorian flattened homes and buildings, a major relief operation is working to deliver supplies to desperate residents seeking food, water and shelter.

The Royal Bahamas Police Force said that they had found 37 bodies on Abaco island and eight on Grand Bahama island.

“We anticipate the discovery of more bodies,” police said in a statement late Sunday.

“There are many more persons presumed missing and we are appealing to the public to file Missing Persons reports.

“Every effort is being made along with our local and international law enforcement partners.”

With survivors being evacuated from the worst-hit areas, officials have said that hundreds or even thousands of people are still missing.

After progressing up the US east coast, Dorian, downgraded to a post-tropical storm, caused severe damage in eastern Canada before moving over the Labrador Sea. 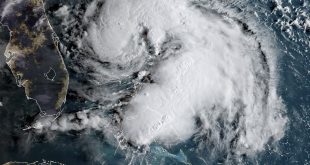 Storm Humberto strengthens but moves away from Bahamas and US 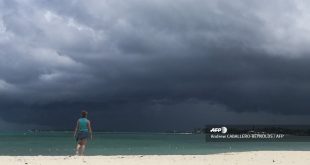 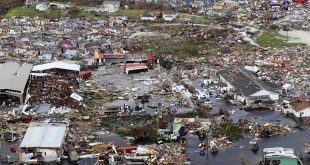