HONG KONG, China (AFP) — Markets extended the previous day’s gains in Asia on Tuesday, with investors turning their attention back to the China-US trade row and a planned meeting between the countries’ leaders later this month.

Donald Trump’s decision to drop threatened tariffs on Mexico after a last-minute immigration deal last week sparked relief across trading floors and led to hope that the row with Beijing could also end with some sort of agreement.

The gains, which follow another healthy Wall Street performance, are much needed since the US president shocked markets last month by hiking levies on $200 billion of Chinese imports, blaming backsliding over their long-running trade talks.

Support is also coming from expectations the Federal Reserve will cut interest rates as soon as next month in response to a string of soft US economic data and concerns about the impact of the China stand-off.

“What continues to grease the wheels of US equity markets and the one constant that keeps the S&P (500) ticking is Federal Reserve free and cheap money, it’s long been an established pattern,” said Stephen Innes at Vanguard Markets.

“The recent global stock market rally has stemmed from expectations that the Fed will come to the rescue with a couple of rate cuts this year,” he said in a note. “But that will not likely deliver fresh record highs with the US indexes unless we see a scaling back of tariffs between the US and China.”

In early trade Hong Kong rose 0.7 percent, building on Monday’s more than two percent rally, while Shanghai was up 1.5 percent.

Tokyo ended the morning 0.4 percent higher, Sydney climbed 1.3 percent and Singapore put on 0.5 percent while Seoul added 0.3 percent. Wellington was nearly one percent up, with Taipei and Manila both strengthening 0.4 percent.

Focus is now on the expected face-to-face between Trump and Xi Jinping at the G20 in Osaka at the end of June.

The US president told CNBC on Monday that a meeting had been planned but warned that if Xi did not turn up he would ramp up levies on all Chinese imports.

While expectations are for an agreement to eventually be made — which would be in the interests of both sides — Ray Attrill, head of forex strategy at NAB, said the “meeting is gearing up to be another major ‘binary’ risk event that should keep markets very edgy in the coming days and weeks”.

Oil prices edged up after Monday’s drop, which came on the back of uncertainties about an agreement between OPEC and other key producers led by Russia to cap output.

“This is a real fear as with China slowing, the EU sickly and the US data starting to wobble, an economic downturn remains a clear and present danger,” he said.

He warned prices could “drop to $40 in a heartbeat” without the OPEC group and Russia agreeing to extend the output cuts. 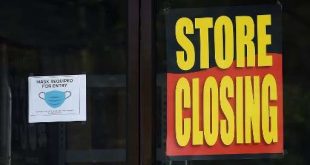 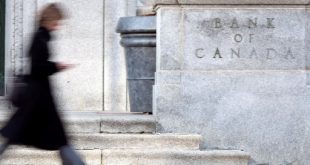 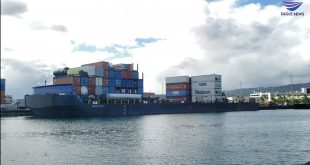