The earthquake was centered about 27 kilometers (17 miles) south-southeast of the town of Nāʻālehu at a depth of 35 kilometers (22 miles).

The state’s Department of Transportation confirmed that there have been no damage to infrastructure at the island’s airports, harbors, and highways.

According to the Pacific Tsunami Warning Center, the earthquake did not trigger a tsunami threat to the island chain.  Also, the event had no observable impact on the Big Island volcanoes of Mauna Loa and Kīlauea.

“Webcams and other data streams show no impact on the ongoing eruption at Kīlauea except for a few minor rockfalls reported within Halema’umaʻu crater,” said Ken Hon, HVO Scientist-in-Charge.  “HVO continues to monitor Hawaiian volcanoes for any changes.  The Alert Levels/Color Codes remain at WATCH/ORANGE for Kīlauea and ADVISORY/YELLOW for Mauna Loa at this time.”

Meanwhile, witnesses from Maui and as far away as Oahu immediately took to social media to describe their experiences from the recent tremor.  One resident from Waianae in West Oahu described his house windows “rattle like crazy.”  Another from Ocean View on Big Island described shaking for “at least 20 seconds” and “knocking a vase off the shelf” as a result.

At least a dozen aftershocks ranging between magnitudes 2 and 4 have since occurred.  HVO continues to monitor the area as of this report.

In the past century, the Big Island has reported 15 earthquakes of magnitude 6.0 or greater.  The largest was the 1975 earthquake at Kalapana, located almost 130 kilometers (80.6 miles) northeast of Nāʻālehu, with a magnitude of 7.7, which generated a local tsunami and claimed two lives. 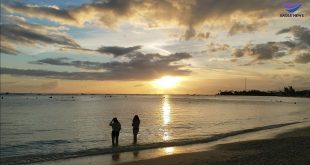 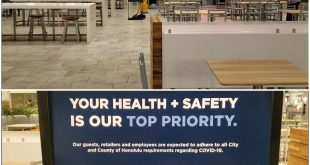 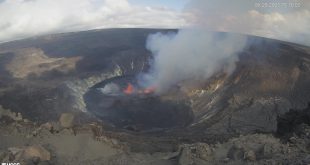