Two days of protests were sparked by Wine’s arrest ahead of a political rally in the run-up to January 14’s election, in which he is seen as the main challenger to President Yoweri Museveni, who is seeking to extend his 36-year rule.

Dozens died and hundreds were arrested as tyres were burned and police responded to hurled rocks with teargas, rubber bullets and live rounds in the capital Kampala and other towns.

On Friday, there was a heavy police and army presence in Kampala with roadblocks and security checks, after protests turned to looting and robberies the evening before.

“We have recorded so far 37 dead bodies, those related to the protests which started Wednesday,” police health director Moses Byaruhanga told AFP, adding that the victims had died of wounds and suffocation.

Addressing a press conference Friday, police spokesman Fred Enanga claimed the protests were “part of a loosely coordinated campaign” and not spontaneous.

He said that bows and arrows, as well as bottles, tyres and fuel for incendiary devices had been found.

“All indicators reveal these were not just impromptu actions,” he said, adding that 375 people had so far been arrested.

Wine, who had been in custody since his arrest on Wednesday, was released on bail Friday and is due to appear in court again on December 18 charged with flouting Covid-19 rules against large gatherings.

According to the charge sheet, seen by AFP, Wine is accused of “an act which he knew or had reason to believe was likely to spread the infection of Covid-19.”

In Kampala, drivers blared their horns and radio stations played Wine’s hits after news of his release came through.

“The authorities have consistently used Covid-19 guidelines as an excuse for violent repression of the opposition rather than to safeguard the democratic playing field for free and fair elections,” said Africa researcher Oryem Nyeko.

The violence has raised fears and attracted condemnation.

“The increasing spate of violence so early in the campaign season does not bode well for the weeks to come before the elections,” said Nyeko.

The rights group urged security forces to “respect the rights of people to peacefully protest”.

In New York, UN spokesman Stephane Dujarric this week called for Wine’s release, while the US embassy in Kampala said it deplored the violence and extended its sympathy to the victims and their families.

Wine, a 38-year-old popstar-turned-politician, has become a lightning rod for opposition to Museveni, who is seeking a sixth term.

Many young Ugandans see Wine as their champion in a country mired in poverty and youth unemployment.

Museveni, a 76-year-old former rebel who seized power in 1986, is one of Africa’s longest-serving leaders.

Wine has been repeatedly arrested, most recently on November 3 after he filed his candidacy for the elections, his concerts are routinely banned and his public rallies broken up with teargas.

Other opposition candidates have also been detained and had their rallies broken up by security forces who claim the gatherings contravene Covid-19 restrictions.

However, Museveni’s own rallies have gone ahead unimpeded. 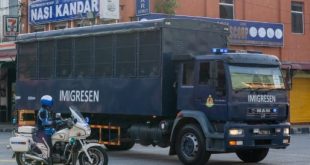 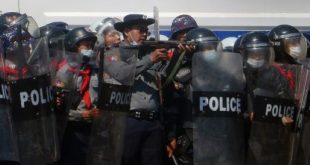 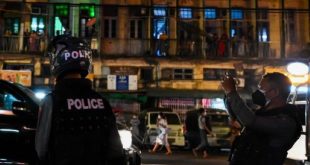